If a picture is worth a thousand words, then think of Fracture’s Gainesville, Florida printing facility as a massive library, of sorts. Picture this: One billion words, flowing endlessly out of the machines that hum along on the factory floor each day. Well, not literally, of course.

Recently, Fracture’s production team paused to mark a milestone: The one millionth Fracture glass print. In the last decade, one million prints have been ordered, produced and shipped — each one representing a meaningful memory or moment that somebody saw fit to memorialize by printing it on glass. And behind each one of those Fracture prints is a story, if not multiple stories, that make up a complex collective narrative told by customers all over the world.

While many Fracture customers buy glass prints as gifts for loved ones, that wasn’t quite what CEO and co-founder Abhi Lokesh anticipated when Fracture first launched in 2009. He believed the glass prints would make remarkable aspirational wall decor. Large, sophisticated pieces that could be displayed as art. Some of the first prints Lokesh made for his own apartment were retro, vintage travel posters he hung in his kitchen. 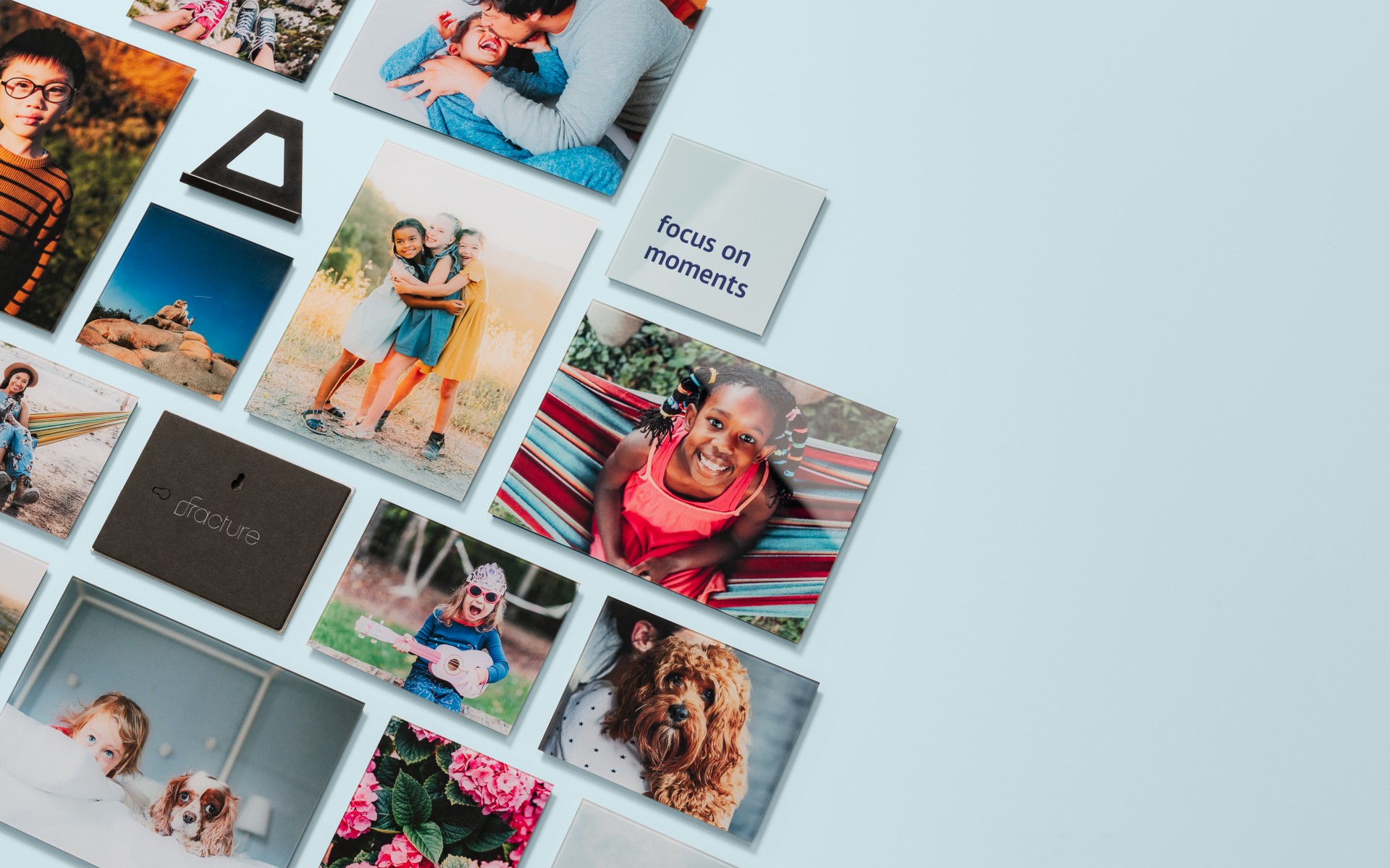 As Fracture took off, it quickly became clear that the photos being ordered weren’t of sweeping vistas or landscapes. They were images of people’s loved ones and special occasions — annual holiday photos, vacation snapshots, or a daughter’s first wobbly steps.

“People want to cherish what they have right in front of them,” says Lokesh. “These are aspirational photos, family, friends, things that are near and dear to them.”

Glass print orders typically fall into one of two categories: cherished memories or reflections of ingenuity. A majority of those orders are of people’s happiest days — the moments in life that they want to hold onto forever. But, on occasion, inventive use-cases also come through — from workplace signage to a custom-made gallery wall featuring 100 photos from a decade of traveling.

“If you put a product in a consumer’s hands, they will definitely think of new things because they’re coming at it from a different perspective than you are. We’ve always been really happy to see how people are using our prints.”

Back in 2008, when Fracture was still a concept, co-founders Abhi Lokesh and Alex Theodore were still testing out various printing styles and platforms. The printer they used to print the first Fractures was no different from the printer you might find in any college dorm back in 2008 — except that it was modified and loaded with glass rather than paper.

For Lokesh, his professional journey with Fracture has mirrored that of his personal one. “I started Fracture before I was 21 — right out of college. Now here I am, eleven years later, married, and a dad.”

As for those vintage travel posters? They’re still hanging in his home, but his favorite prints are the ones that document the more meaningful moments in his own life, like his wedding, or photos of his dog.

“There’s an adorable one of my son,” says Lokesh. “He’s eight months old at the time, at the beach just playing with sand. It just captures everything that was good in life for me at that moment.”